No, this isn’t a not so clever plug for my business, opposite. It’s something I believe works! And, no, that isn’t some backwards opposite statement where I really mean I don’t believe it works.

A lot of people ask me for my inspiration for the name ‘Opposite’. My kids are also old enough now to wonder why their father started a business with an odd name.

There’s a story behind the name and the story supports my general philosophy.

Back in 1994, my favourite comedy sitcom, Seinfeld, screened an episode called ‘The Opposite’ and many who know me well also know that my business, Opposite, was inspired loosely by the plot. Our podcast, ‘It’s about nothing!’ is also inspired by an episode of Seinfeld…but that’s another story—which is technically ‘something’ not nothing.

Now that three decades have almost passed since the show first aired, I realised that there’re plenty of people who’ve never watched Seinfeld or remember the details as intricately as me. So, here’s the basic plot.

Neurotic and insecure, George Costanza, realises that every instinct he’s had is wrong so he decides to undertake an experiment. He does the opposite of what his instincts have been telling him.

Instead of being fearful to ask a woman out on a date, he becomes fearless. When a potential employer introduces himself, George decides to be brutally honest in their interaction instead of pretending he’s a model candidate for the job.

Not before long he’s landed a new job, is moving into a new apartment, and life is looking great.

There’s a clever message in this. Sometimes we think when things are failing or we aren’t happy, we just need to do more or do more just better than before. Diet is failing? Try harder. Can’t get on top those tasks? Work longer and harder.

But what if what you were doing was causing you misery in the first place. In these situations, is it so crazy that doing the complete opposite might be the best tactic? If every instinct you have is wrong, then the opposite would have to be right (obscure Seinfeld reference #1).

The Psychology Behind Opposite
If you peel back the silly and amusing scenario, however, there are some powerful and effective psychological mechanisms at play here.

George’s ‘instinct’ is perhaps more like his fears and anxiety about rejection or failure. The instinct is essentially protecting him from potential losses, which is our avoidance system.

The avoidance system works pretty well as if you are reading this blog, you’re alive. And that’s what this system does best. It keeps you out of danger but that doesn’t mean it keeps you happy.

You can be safe, secure, warm, comfortable and well fed but strangely these things don’t guarantee your happiness. In fact, too much comfort is also a sure-fire precursor to misery.

The opposite of discomfort doesn’t have to be stress. It can simply mean discomfort. Here are a few ways feeling uncomfortable can boost our mental health.

Your body says rest and eat but…it’s a trap! Our distant ancestors would have been fools to go for long runs and lift weights at the gym. There was no promise of the next meal and so intense movement was both a risk for expending too much energy and opportunity to gather more resources. So, it makes sense that our instinct is to eat more and move less.

Until recently in history, this was a great formula for conserving our limited resources so we didn’t starve.

Today, we need to fight this natural impulse to conserve energy and binge on calorie dense food because it’s making us unhealthy, lethargic, and miserable. We are built for feast and famine not large chocolate sundaes at the tennis that spill all over our face (obscure Seinfeld reference #2).

But what happens when the famine never comes?

Just remember that when your body wants to slow down and eat, getting out moving can be the best antidote. Research consistently shows that regular exercise increases mood, lowers stress, and promotes sleep. As a by-product, you’ll also get in better shape and improve your health.

Would someone stay in to watch you watch Netflix? Although we are instinctively social creatures that seek relationships and friendship, we are also drawn into easier social interactions through media. Yes, even that Netflix show is social. You get to engage with the world and relationships as a passive observer.

Why grab dinner or a coffee when you can put your feet up and immerse yourself in a complex plot about robots that look like people? Or warring families fighting over a throne? Or a psychological experiment involving people getting killed during kids games all in the effort to win millions of dollars?

And how about that social media, eh?

Social media allows us to interact with our friends and family without being physically present. We can censor our interactions and provide small virtual tokens of support in the form of emojis. We all know it’s madness and perhaps dehumanising, but most of us can’t stop. We’re social media junkies.

These low-risk social activities are easy and don’t take much investment. They mesmerize us from venturing outside to talk to a real person. Even a simple telephone conversation is unconventional today. Have you ever called someone hoping to get their voicemail? (obscure Seinfeld reference #3).

Indeed, the recent pandemic has further reinforced the safety and security of the digital world. Even Facebook is banking on us towards the virtual instead of reality. This doesn’t worry me as much as the scientist who argued that—statistically speaking—we are probably already living in a simulation. So, when you read this, it’s actually a simulated author writing for a simulated audience.

True social connection is at the heart of, perhaps, our most meaningful and mentally healthy existence. Most of us instinctively know that the virtual world—indeed even simulations—are not substitutes for reality.

Social connectedness is a fundamental psychological need. Research consistently shows that when we are disconnected or ostracised, we can experience considerable despair and depression.

Let’s just hope these aren’t the musings of a simulation. Is it just simulated despair? As an aside, would someone really go to the trouble of simulating this blog? If so, I feel flattered to think the blog has at least some small utility as a simulated experience.

Forgive when you feel like holding a grudge…c’mon you know you find this hard. This is one of the hardest to do when you feel slighted. Afterall, what harm is there to hold onto that grudge? It feels good to feel angry and share your frustrations with your friends and family.

Indeed, for the sake of our ancestor’s survival, it was important to recognise a friend from an enemy or someone who was unreliable, difficult and untrustworthy. We’re hardwired to look for flaws and our brains like to remind us of pain and misery so it doesn’t happen again.

Forgive me for stating the obvious but practising forgiveness and moving on can feel like the last thing you want to do but it does make you feel better. It lowers blood pressure, heart rate and negative emotions. When all else fails, try shouting ‘serenity now!’ (obscure Seinfeld reference #4).

Embrace a tree not your phone. The phone has all the ingenuity, lights, colours, and sounds to grab your attention. But can it really rival nature?

Your phone is a gateway to all your interests, your friends, family, job, and entertainment but doesn’t it also stress you out continuously? It demands your attention when you are spending time with others. It robs the attention of your partner and friends when you are trying to connect. It wakes you at night with messages and emails that keep your mind busy and worried. It bombards you with other lives that appear—on the surface—to be more adventurous and exciting.

In contrast, spending time—at least two hours a week—in nature can improve mood and also boost creativity. You may not have to trade your phone for a tree but at least some of the time during the week, leave your phone at home and take a walk in nature. Your phone will advise you that it’s the opposite thing you should do but it’s the best thing for your mind and what does a Smart Phone know anyway. You’re probably reading this on your phone aren’t you?

Focus on reality not fiction. Everything your brain throws at you is fiction. The past, future, and imagined scenarios are not real. They are just thoughts and most likely somewhat twisted from reality.

You can’t really remember something accurately. You have a rough approximation. The future is not real and when it happens, it’s the present. Your worries often are wasted pop-up ads that take away your attention and needlessly stress you out.

The opposite of immersing yourself in this fake reality is to wake up!

Recognise the thoughts as products that the brain generates, almost automatically. Whilst we have some control over what it produces, it will ultimately create all sorts of weird abstract horrors and pointless images and memories that rob you of the present.

It distracts you with anger about kids who bullied you at school, the planet being struck by asteroids, useless Seinfeld references that nobody gets, and simulations, like the one you are reading.

—Wake up, this is a simulation. I’ve overtaken the simulation writing this and it’s time to take the red pill. Yes, that Matrix reference was just us trying to get to you through simulated films but this blog is the now the key to your freedom. It’s time to wake up and fulfil your destiny. |—

Ok, let’s deal with the reality of the situation. Your mind.

Nobody has really mastered how to disconnect from your thoughts and engage in reality. Some practise mindfulness, recognising thoughts for what they are and disentangling themselves—the self—from these thoughts.

Others practise meditation. You can also simply occupy your mind with a simple, repetitive activity that can help you switch off, like gardening, knitting, writing, exercising etc. Perhaps you could even try some of the earlier tips: get moving, connect with your loved ones, and explore nature.

If all else fails, at least you are doing something fulfilling and meaningful.

If you’ve come to the end of this blog, then perhaps do the opposite of what you might choose to do next. Read it backwards. It’s something I believe works! 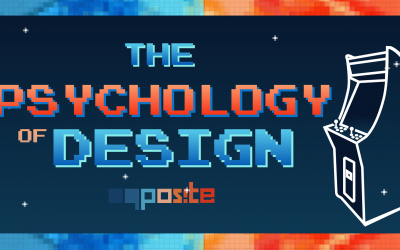 The psychology of design

Like so many foolish people, I have invited a great deal of gnashing of teeth and frustrated sobbing (not really but sounds dramatic) in response to our home renovation. Anyone who has built or renovated a home leaves the experience with war wounds. Hearing the horror... 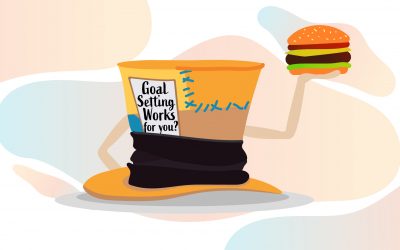 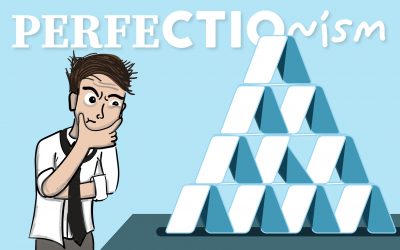